How to Drive Writers Crazy (In Three Easy Steps!)

Step one: Be a NYC literary agent with a large online following. Be especially encouraging to new authors.

Step two: Host periodic flash fiction contests. (There may or may not be real prizes, but bragging rights are a definite thing.) Better yet, host a multi-part flash fiction contest over the holidays. For part one, make the contestants write a 30 word story including the word "bird". Four days later part two is a 25 word story including "ring". A few days later part three is a 25 word story including "colly". (Yes, you've read that correctly. Colly. Go ahead. Just try to casually throw in "colly" or "collywobbles" in a story with only 25 words. I'll wait. Waiting.... Still waiting... Yeah, it's not easy is it?)

Step three: Announce the parameters for the fourth and final part (20 words, "sent"). Announce the deadline (1/1/2018 6am Pacific). And then -- this is the important part for driving everyone crazy! -- don't open the comments at the start time so nobody can enter the fourth part of the contest. Tada! Achievement unlocked!

Anyhow, I have my fourth entry done even if it's not submitted. There are nearly 100 people doing this. Some of the entries are pretty amazing. I can't say I'm particularly good at flash fiction but this whole thing has been fun.

And yes, I used "colly" in round three. I think I deserve a prize just for that. 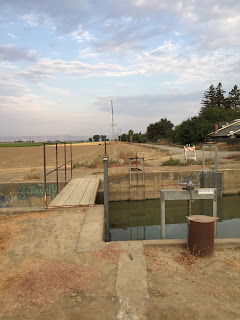 "Now, careful. Walk on the left side."

Colly? You definitely deserve a prize!

Right? I agree. There's needs to be a "Part 3 Participation" award. Maybe even some cash.