So I was watching Castle episode 1.4 ("Hell Hath No Fury", a title which kinda telegraphs who did the murder, but whatever) and I had a writing epiphany.

[Nobody is allowed to judge me for watching Castle. The first half of the first season is very good. Just pretend it stops after that.]

If you've never seen the show, it pairs a famous writer and a police detective together.

In this episode, the detective finds out the character the writer is basing on her is called Nikki Heat. She wants him to change it. His response? "Think of the titles! Summer Heat, Heat Wave..."

Holy crap! Titles... I could plan my titles in advance and make it all easy on myself!

My current method is to cycle through a bunch of terrible titles based on what I've written, and then have one of my critique partners make a joke title that turns out to be the one I go with. It's a terrible system, and makes planning covers and setting up pre-orders difficult.

Anyhow, expect my next series to have the main character Ali Green. I don't know the genre or the plots, but the Christmas novella is going to be called Green Sees Red.

I'm absolutely counting the time I was watching television as writing research time...

Let me tell you how bad I am at selling things:

After three calls to the bank, it turned out that they couldn't un-reverse the charges. So the CSA people just charged my new card and everyone was happy. Then I called the other two places and tried to get them to charge me again.
Friends, I could not even give money to those two companies. That's how bad I am at sales.
So now I am taking a class on how to write sales copy, and it is just excruciating. I feel like I would have an easier time telling everyone what is wrong with my books (in great detail!), and yet these are books that I wish someone else had written so I could have bought them and saved myself the trouble of writing it down!
💰
The other new thing I've been doing lately is writing a serial for Kindle Vella. What's Kindle Vella? It's Amazon's new serial platform (think soap opera instead of a movie), but I swear the only people who know about it are authors who are writing for it. It doesn't surprise me that I have yet to make back the $0.39 I spent to license the cover image.
But I am having a blast writing the thing. For me, it's an experiment in writing chapter endings that entice the reader to keep going. I have a terrible habit of ending chapters at the end of the character's day, and "and then she went to bed" doesn't really force people to keep reading. Eventually I'll tie off all the arcs and put it in a book -- that may be the end of my Vella experiment. We'll see.
In any case, I needed to write sales copy for the serial that nobody is reading. So here we go: 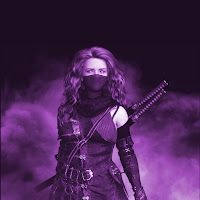 In the shipping port of Harbor Crag, dragon magic protects the city, and a greedy duke controls the dragons.

Freeholder Lisette climbs the tower with the perfect plan — steal the duke’s money to pay her shop’s taxes. But a second thief complicates everything, and Lisette plunges into the dragon’s den.

Bargaining with the dragon could end Lisette’s life. But it might just save them all.

Lisette races to finish her quest, getting unexpected help from her mysterious thief. If you love dazzling adventure with a hint of romance, unlock the next episode of Dragon Freehold.

★
Anyhow, that's what I've been up to lately. Maybe I should just let someone write the sales copy for a book they want to read and then write that. That might be easier...
Posted by Theresa B (of Nebulopathy) at 7:36 PM 2 comments: