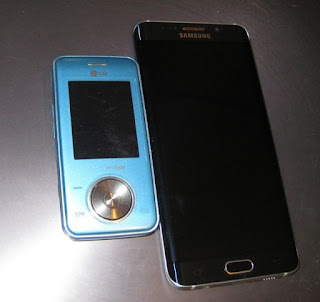 Tuesday I have to go relearn the secret company handshake along with all of the nineteen year-old newly-hired retail employees. It's going to be a very, very long day...
Posted by Theresa B (of Nebulopathy) at 9:08 PM No comments:

To alleviate the severe shortage of space to lie down in a three bedroom house with a gigantic yard, I bought some more dog beds.

So we've gone from this: 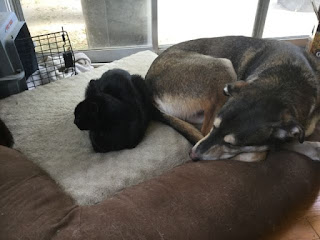 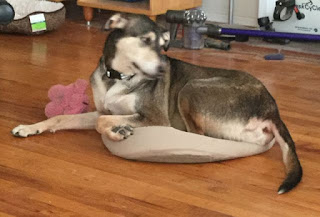 Meanwhile the three gigantic dog beds in the living room are sitting empty.

Not really how I had envisioned it working out.
Posted by Theresa B (of Nebulopathy) at 10:24 PM No comments: