I'm Totally a Princess of Power

So my parents are trying to get rid of everything in the house that they possibly can. One theory would be that they are just trying to declutter, but really I think they're just trying to make more space for a larger quilting setup. (My other theory involves them trying to remove all evidence of their children, but I'm pretty sure that's just the paranoia talking...)

Anyhow, among the precious treasures that they are trying to get rid of are these books which belonged to K-Poo. I think they're awesome. 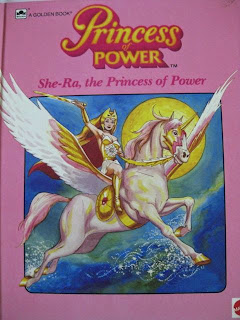 I have to say that the women in this series might suffer from some anatomic... uh... wish fulfillment, but the men are just downright scary looking. They might even be prototypes for a Planet of the Apes revival.

And then there's the dialogue... "You are right, He-Man," Adora said. "Hordak is bad. The people are unhappy. How could I have been so wrong? I am as bad as Hordak."

(I didn't read the whole story, so I'm going to avoid a rant about how the woman apparently can't figure things out without a man to explain things to her... I really, really hope it isn't as bad as this page makes it sound.)

I know it's a kid's book, but that's the best dialogue they could come up with? 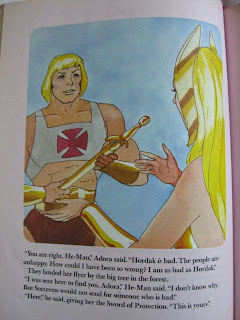 It turns out that there's a whole series of these things, and K-Poo had three of them. 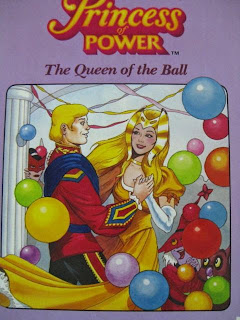 Again, check out the male... 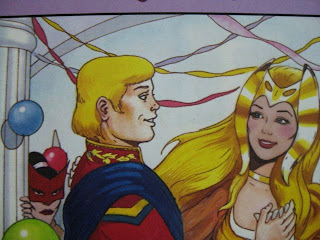 And again, the guy in the lower right corner... 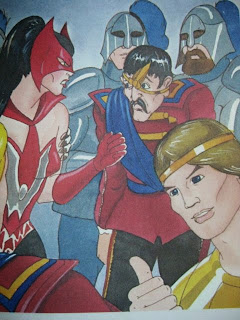 And now for the fun extrapolation... Is K-Poo's inability to find the perfect man because she was exposed to these "humanoid" images as a child? Discuss.

How am I supposed to fulfill my destiny as the laziest person on the planet when nobody else in my writing group has submitted anything for this week's meeting?

Because of this, I was forced to finish the short story I've been working on ahead of schedule, and that was after a day of mowing the lawn and trimming weeds. (Note of honesty: I only mowed the back lawn because my nearly seventy year old neighbor mowed my front lawn as thanks for borrowing my mower, although I did say that he didn't need to do that...)

So if, say, you had a birthday or anniversary this week (or even possibly yesterday), your card might possibly be a little late. Hypothetically.

But enjoy the holiday anyhow!
Posted by Theresa B (of Nebulopathy) at 8:57 PM No comments: