So in an attempt to learn to at least tolerate the Samsung Galaxy S6 Edge+, I installed Pokemon Go.

This was a mistake.

I first knew something might not be right when I started it up and my cute little avatar was sharing the exact same pixels as not just one but two creatures. I couldn't select them. I couldn't catch them. I couldn't do anything except make the whole thing spin in circles. 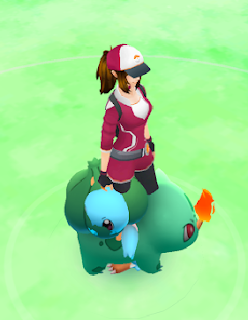 After spending a while googling and posting a plea on Facebook, I changed my location settings and suddenly I wasn't all up in the Pokemons. Soon I, too, had a Rattata, which I gather is sort of like having an STD.

Then I got stuck on a screen that wanted me to pick a nickname. A nickname using only letters and numbers. A nickname that nobody else in the world had picked. Millions of people have downloaded this app in the last five weeks. After seven tries, I finally found "p9o8i7u67u8i". (It rhymes with "Tim".)

The whole point of the game is to get exercise and have fun, so I gathered the little dog and woke up the big dog -- it was after 6pm, so he was already sleeping on the bed -- and headed out for our usual evening walk.

Up to now I hadn't even tried to bring my phone with me on walks because I was convinced I would drop it on the sidewalk. It turns out that fear was justified. This phone is so big that I have a hard time holding it, and there is literally no way to hang on to it without triggering some option on the screen unless you balance it on a flat palm. So I took it out of my pocket while we were stopped for the dogs to sniff something and then Ginger tried to walk off and I almost dropped it on the concrete.

So I put it back in my pocket and learned that with the location services on, the phone uses so much power that it heats up quite a bit. Yes, the phone was literally burning my ass.

I still hadn't seen anything to catch when it got stuck on some random screen and I had to kill off the app.

I started it up again, and five minutes later it was asking me to pick a nickname again. Really? That was when I started to think that maybe I should throw it on the concrete deliberately because it would be super satisfying to hear it shatter into thousands of shards. Also, this was the point when I noticed that I had a stress headache. 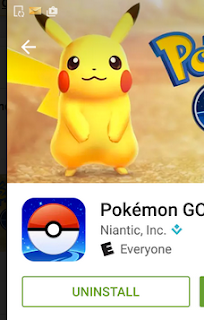 Basically, if you enjoy playing this, good for you. I'm glad you're out getting exercise and having a good time.

I still hate this phone.
Posted by Theresa B (of Nebulopathy) at 9:07 PM No comments: