How Not To Market

People who write books that sell well usually know exactly what tropes are hot in the genre they write in, and make sure they nail exactly what people are looking for.

Oops, let me back up a bit. People who write books that sell well start out by knowing what genre they are writing in. I just wrote a book that has a colony on a partially-terraformed planet. With three competing sets of gods! And AIs! And a bicycle chase!

The main character used to be a nanobot technician in the army, but now she herds goats and sheep up in the hills with only a messed up AI to help.

Does this fit nicely into one existing genre? Absolutely not. It's probably closest to space opera, a genre best known for the space ships on the cover. Are there any space ships in this story? Not really.

Anyhow, if you want to read a fun story with a woman with too much chaos, gods, AIs, sheep, goats, and a stolen shipment of genetically engineered sheep... uh, let's go with the family friendly term DNA... 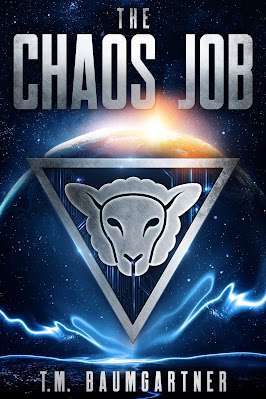 Posted by Theresa B (of Nebulopathy) at 2:05 PM No comments: