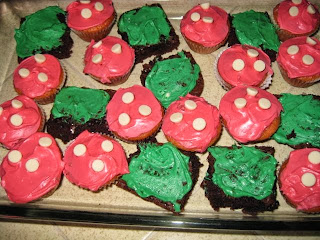 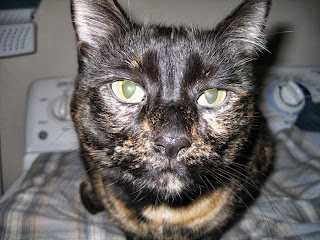 
Posted by Theresa B (of Nebulopathy) at 9:39 PM No comments:

My long term plan of finding a long-distance sugar daddy to fund my living situation seems to be off to a rather slow start, so I may need to get a job at some point. That could be a problem. After all, I'm the person that was automatically rejected by the HR department (twice!) for a job description that was based on the job I was already doing. I don't think I've ever gotten a job after having an interview. Mostly I just fall into the right place at the right time.

The internet is full of information on how to do well in interviews. But those are all written by people who spend their time writing articles for the HuffPo. I don't think they have jobs either. My advice (based on a recent interview) has got to be at least as good.

Use your personal connections:
I know everyone stresses the whole networking thing, but that's pretty much a no-go if you're an aspiring shut-in like me. Besides, it turns out that you really only need to know about three people as long as they're the right three people. It helps if you used to work with someone who has since become successful. It really helps if that person thinks you're good at what you do.

Show them you're eager (part 1):
Over a month ago I went out to lunch with a bunch of people I used to work with because one of my old coworkers was in from New York. At the end of lunch my former director mentioned in passing that she was looking for someone to do some programming and asked if I was interested. I said yes (and then backtracked to make sure she didn't want someone to do purely GUI work).

Then I waited two weeks and sent her mail that said "Were you serious about needing someone?"

Then I waited for another couple of weeks and went out to lunch with a slightly different group of former coworkers, and dropped by her office afterward. The entire floor was empty.

Then I sent her a message saying that I stopped by.

Two days after that she called and said she would call me back the following day along with the manager in charge of the project.

Two weeks later that manager left a message on my cell phone.

Here's the thing, though -- I'm pretty sure it would have taken the exact same amount of time if I'd been hounding people on the phone every day. And I got to watch a lot of television in the meantime.

Dress for success:
I wore my third best sweats. Hey, it took me three tries to reach this guy on the phone and I can't be expected to put on pants every day, can I?

Play up your strengths:
In talking about the software that I'd be working on, the manager mentioned that it was put together with a bunch of Microsoft products that I've never used. So I told him that. Whatever. How long can it take to learn C-sharp? I hardly ever know what I'm doing before I start doing it.

Show them you're eager (part 2):
I mentioned twice during the call that I was hoping to avoid commuting as much as possible.  We agreed that going in to the office once every week is probably more than enough.

Always keep it positive:
In talking about my last job (at the same company, no less, although in a different department) I used the phrase "rearranging the deck chairs on the Titanic".

Display your knowledge of the product:
At the end of the call he asked if the number I was calling from (my Google voice number) was better to reach me on than the cell phone number. I said yes, and told him that cell phone coverage in my house sucks. (Yes, I was talking to someone responsible for the cell phone coverage in my area.) I did point out that most of the problem was just with voice quality of cell phones in general, and we talked briefly about the new technology that is supposed to improve that. When I admitted which phone I use (the LG Chocolate -- state of the art 4+ years ago), there was silence. I'm sure he was really impressed...

Despite all this I may get hired again. It really does come down to who you know...
Posted by Theresa B (of Nebulopathy) at 11:01 PM 2 comments: