As I mentioned, last Sunday was luminary night in my neighborhood, and everyone had white paper lunch bags lining the sidewalks with a cup or so of sand weighing them down with a small candle burning inside. It really is quite pretty when everyone on the street participates.

The candles burn for at least six hours. It might be more -- I've never stayed up late enough to notice when they finally burn out. The problem is that this year it rained sometime after midnight, soaking the bags and leaving them wilted on the concrete.

Now I'm not complaining about the rain. We need it. We need more of it still. But have you ever tried to lift up a wet paper bag filled with sand? How about twenty of them? In the dark? When you're rushed so you can get to work on time? I wasn't the only one who had this problem, believe me. A week later I'm still stepping on clumps of sand when I'm out walking the dog around the 'hood.

So, yeah, maybe next year I'll check the forecast and clean up early...
Posted by Theresa B (of Nebulopathy) at 9:15 PM No comments:

Telling time by the bottle of wine...

Tonight is luminary night, so the neighborhood looks very pretty with bags and candles. This year also marks the first year one of my bags caught on fire, but it was while someone else was lighting the candle inside, so I maintain that it's still a pretty safe thing to do, especially since it rained a few days ago.

But really, the reason I know it's the holiday season is because I found this on my doorstep: 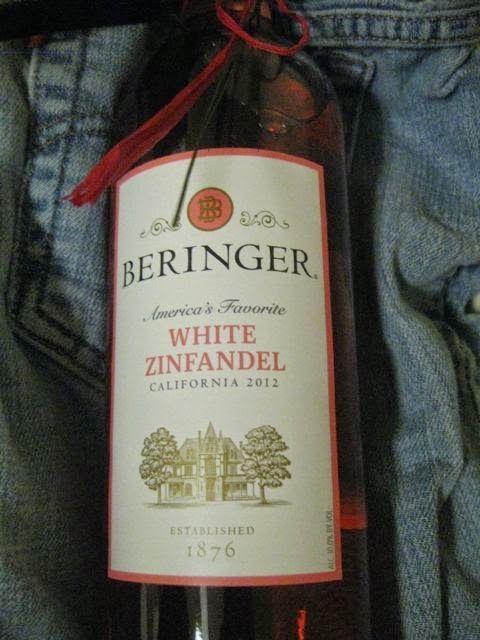 (Not the jeans, they just happen to be a handy backdrop.) Yes, it's realtor wine! Every year since I've moved in I've received a bottle of this stuff. I did try to drink it a couple of times, and to my (admittedly uncultured) palate, it was terrible. Some year I hope to find a use for this bottle and the others that I've kept in the worst possible conditions. In the meantime I see it as a sign that it's time to break out the electric blanket.


The odd thing is that I received a 2012 bottle again this year. I'm pretty sure that up to now I've always received last year's pressing. But now I have a matching set: 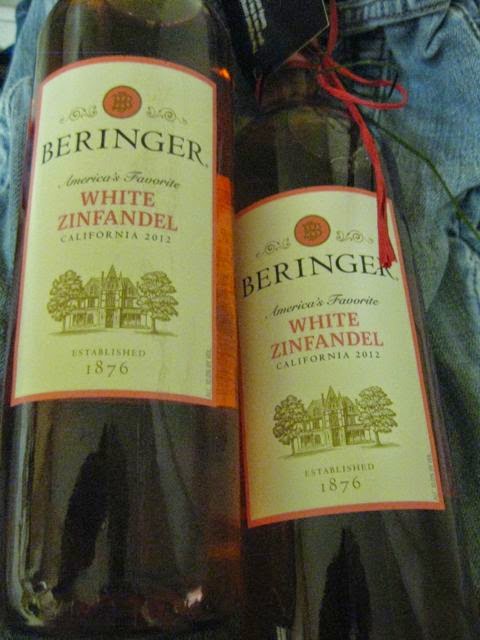 Perhaps I should do a taste test to see what happens to wine when it is stored near the ceiling in a mostly un-airconditioned house all year. Does it make any difference at all?

Posted by Theresa B (of Nebulopathy) at 7:53 PM No comments: