It's almost time for New Year resolutions. Traditionally I've been against the idea, partially because I think it's stupid to tie a bunch of new behaviors and goals to something arbitrary like the position of the earth in orbit around the sun. (I realize that probably doesn't make much sense to anybody else -- just go with the flow here.) But the other reason I hate resolutions is that I can never come up with concrete goals.


This year, though, I think I'm going to be more general. I'm not going to claim to be getting in shape, or losing weight, or improving my mind because I'm just planning on continuing on my current path.

Instead, I'm planning on making more mistakes and failing.

If I'm screwing up, that means I'm trying new things. I have all kinds of things I would like to try (starting with querying a novel with agents) and there's a whole list of ways everything can go sideways, some of which I can control and some of which I can't. But either way I'd like to be more comfortable with the possibility that things can go wrong and it can be because I messed it up.

Maybe I'll come up with a mistake-o-meter with the number of times I've screwed up in the past week. Or... maybe not. I guess that could be the first mistake. 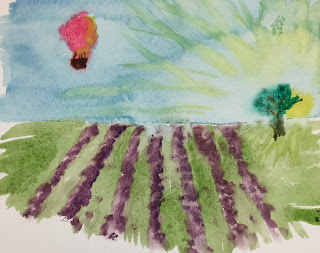 An example of a mistake. It turned into my favorite page of the Christmas calendar I made for my parents.

Now this is a plan that I can get behind!