Forests of Christmas Past 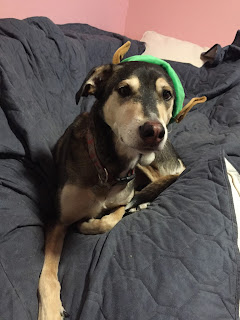 I don't decorate much at all for the holiday season. I think the last time I really got into it was when I was living in the dorms in Germany. I was downtown and I decided to get a live tree in a five gallon pot. Then I had to lug it home (a couple of miles), back aching and needles poking me in the face. Yes, there were many strange looks as I walked. I was almost home when I realized the store at the end of the street was selling the same tree.

Anyhow, these days I've given up on decorating completely. Even through the cats have gotten older and more sedate and would probably leave a tree alone, now I have the dogs. The little dog would be okay with the whole thing, but the big dog would undoubtedly take it as a sign that I'd set up indoor plumbing for him (hey, it's cold outside!) and my living room does not need that. Maybe I could hang a six inch rosemary tree from the ceiling or something, but at some point it just gets ridiculous and you need to give up. 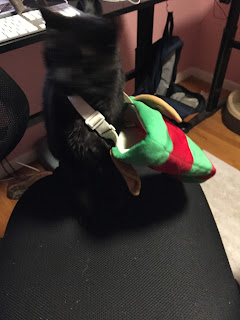 This is probably not what they mean by an action shot.

I still have time to change my mind though. In my family a tree bought more than a week before Christmas is... I don't know what it is because it never happened. We always waited until the last possible moment to buy a tree. In fact, I think my family's appearance on the Christmas tree lot was the official sign that it was time to close for the season.

As you can imagine, we always got a great deal on a tree that was... a great deal. It might have been a tad crooked or have some other minor defects, but overall it was fine. Besides, why would you pay a bunch of money for something you're going to toss out in the street in a couple weeks? And by the time you put on lights, garland, decades of mismatched ornaments, and some tinsel, nobody can even see the tree underneath. So if there was a big bare spot in the back, or a branch had to be moved to a different part of the tree, eh, not a problem.

All those perfectly decorated, perfectly symmetric trees make me think that whoever put them up never had a family tree. 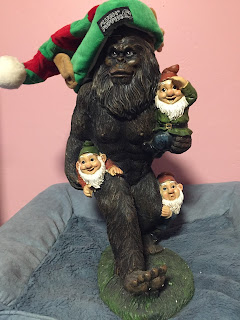 It's Holidailies time! Now go read some other blogs!
Posted by Theresa B (of Nebulopathy) at 7:54 PM

*GASP* Is that BIGFOOT CARRYING GNOMES?!!? I MUST OWN THIS TREASURE!

Also, Design Toscano has it. But beware, once you start down that slippery slope there's no turning back.

I think you need to invest in a whole selection of tiny hats for your Bigfoot. It could become a Thing!

Excellent point! Maybe I should take up knitting again. I might be able to get through a Bigfoot hat before I give up.