Speaking of publishing, — remember, I warned you that would be the topic when I didn't have anything else to talk about — I pass my almost-final book drafts through ProWritingAid as a first level of typo checking.

PWA is good for some things, like misspelled words and subject-verb disagreements, though it does occasionally decide I should switch the verb tense in the middle of the chapter. Basically, it's not as good as a human editor, but it checks the words that are actually on the page, not the ones I think I put there.

One thing at which PWA is leaps and bounds ahead of me is commas. It turns out there are actually rules about where commas are supposed to go. I used to think I was faking it really well by just adding a comma anywhere I would naturally pause in speech, but nope. Apparently not.

I have some lingering issues from the teacher who was first responsible for teaching me English grammar, so my brain screeches to a halt and hides in a closet whenever things like "dependent clause" are mentioned. (I've been ignoring this for 40 years. I'm guessing the issue will remain until I die. Whatever. PWA is cheaper than therapy.) I absolutely could not tell you what a subordinate clause was even if you put a gun to my head.

Anyhow, PWA has great fun telling me about all the commas I have in the wrong place. To make matters worse, it sends me mail once a week with links to articles it thinks I should read. 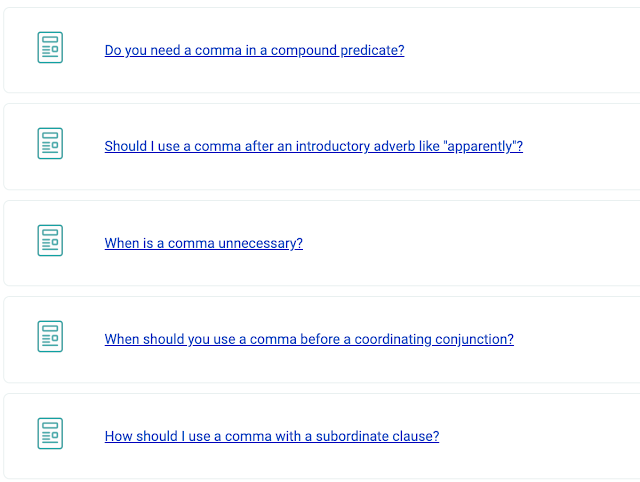 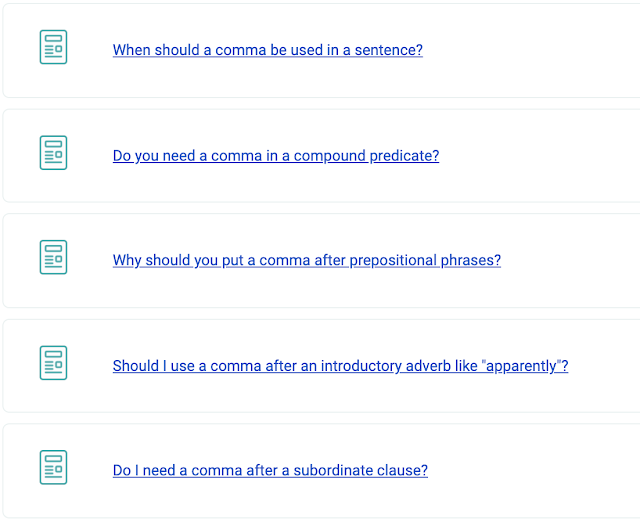 I mean... it's definitely funny.
But also a little judgmental... 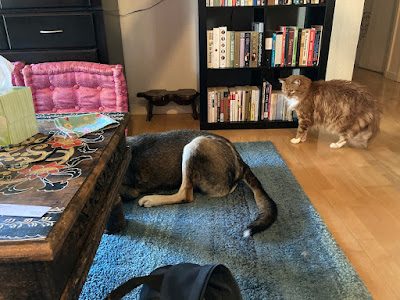 My dog and I spent a day working at a friend's house a few months ago. My friend's cat was not amused.

Posted by Theresa B (of Nebulopathy) at 7:46 PM

I am highly amused about the passive aggressive comma-related spam from PWA. :-D