What's in a Name?

My surname (Baumgartner) seems like it should be pretty rare. Since my first name uses a somewhat less common spelling (Theresa), one might assume the combination of the two would lead to a nearly unique name.
One would be wrong.
The problem with that assumption is
Not only are there a ridiculous number of people named Theresa Baumgartner in the world, probably 75% of them share my middle name.
(As a side rant: Why do people combine a long first name with a long last name? Scantron forms were a nightmare when I was in grade school. Everyone else was already halfway through the test when I was still filling in bubbles for my name, which didn't fit in the available columns. My phone number comes up at the vet hospital as "The Baumgartner" which is kind of cool in a Scottish laird sort of way, but not helpful when they are trying to find my account.)
An illustration of the name problem: I moved to the California Bay Area 30 years ago (from southern California) and kept running into people who said they knew my sister, Karen. I do, in fact, have a sister named Karen (see problems 1 & 2 above), but I was pretty sure none of these people knew her, since she was living near Los Angeles at the time.
It turns out that a different Theresa Baumgartner (and her sister Karen!) had gone to the Catholic high school that was literally right across the street from the apartment I'd just moved into. That Theresa is a lawyer. I've never met her, but everyone who knows her (and her sister Karen!) seems to like her. Our online stuff got mingled for a while.
Anyhow, I set up Google alerts on my name a while back. I keep thinking that someday I'll get an alert about my books, but mostly I get to follow the career of the Theresa Baumgartner who is an artist in Berlin. The latest link had a video (tastefully done) of a naked man.
It could be worse. She could be the one writing ridiculous alien erotica... 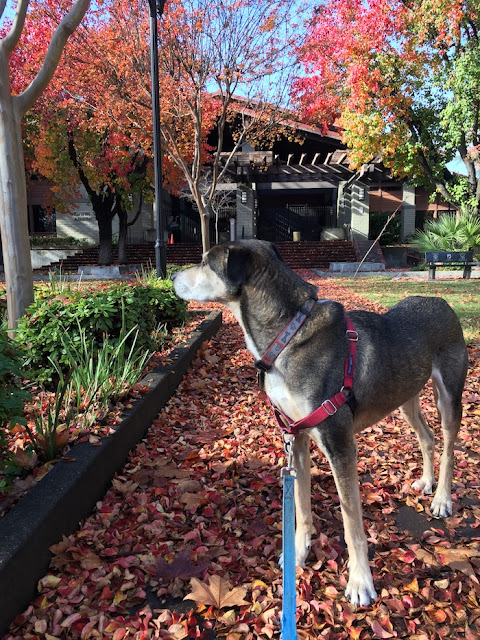 This was taken three years ago, but he's still a lovely dog.
Posted by Theresa B (of Nebulopathy) at 7:19 PM

Isn't the Google alert on the name fun? There's another me who won Master Chef Canada a few years back, and yet another me that is an elected coroner in Idaho or Indiana or something.

One of me ran for a township clerk position in a tiny Michigan town in the 2020 election, but unfortunately she lost.