Not a Place to Live

Given the number of people traveling to meet at my mom's house for the holidays, I've opted to stay at a hotel nearby. I think there will be at least ten people staying at the house plus another eight staying at my brother's house and I need my own space to survive that.
So the hotel is about 1.5 miles away, which would be the perfect distance to walk off a few extra cookies, but... This is southern California. Great weather for walking, but cities built to require cars and discourage people from getting out of them.
The direct route from the hotel would require me to dash across a two-lane freeway on-ramp where people are already going forty-five mph and then a freeway off-ramp where everyone is looking the other direction to see if they can merge into traffic. Even Google Maps doesn't suggest that route for a pedestrian.
The other way to get there requires walking half a mile in the wrong direction to get over the freeway without dying, so it goes from a 30-minute walk to a 50-minute walk. For me, that crosses the barrier between "good walk" to "pain in the butt". I'll probably walk it at least once, but...
This is one of the reasons I would never consider living in that area. I don't even like to visit.

I bathed the foster kittens in lime sulfur again this morning before dropping them off at the shelter. An hour later, the coordinator emailed to let me know their second culture came back negative, so they're cleared for spay/adoption. Here's to Margo & Tina as they head off to their new lives! 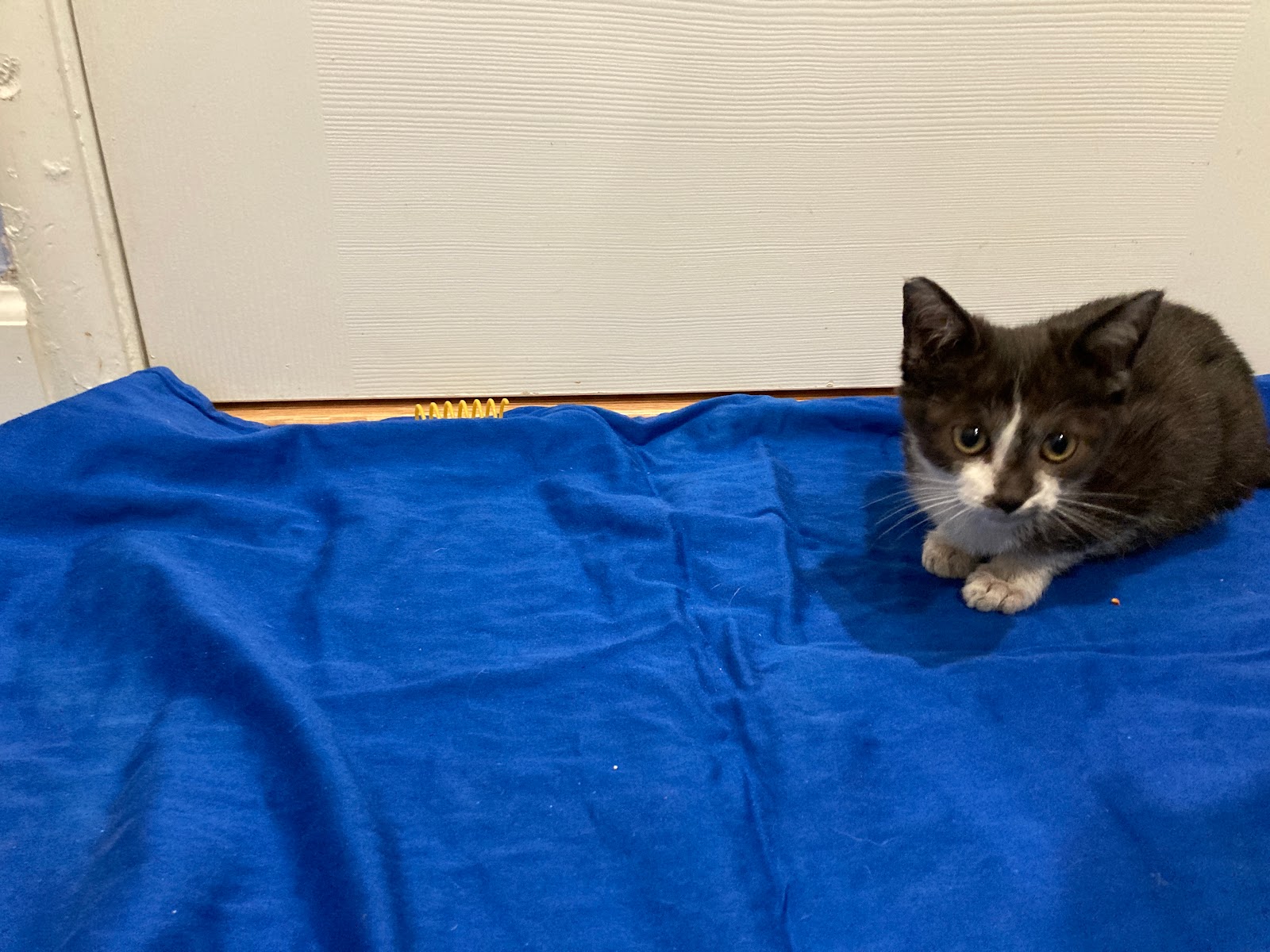 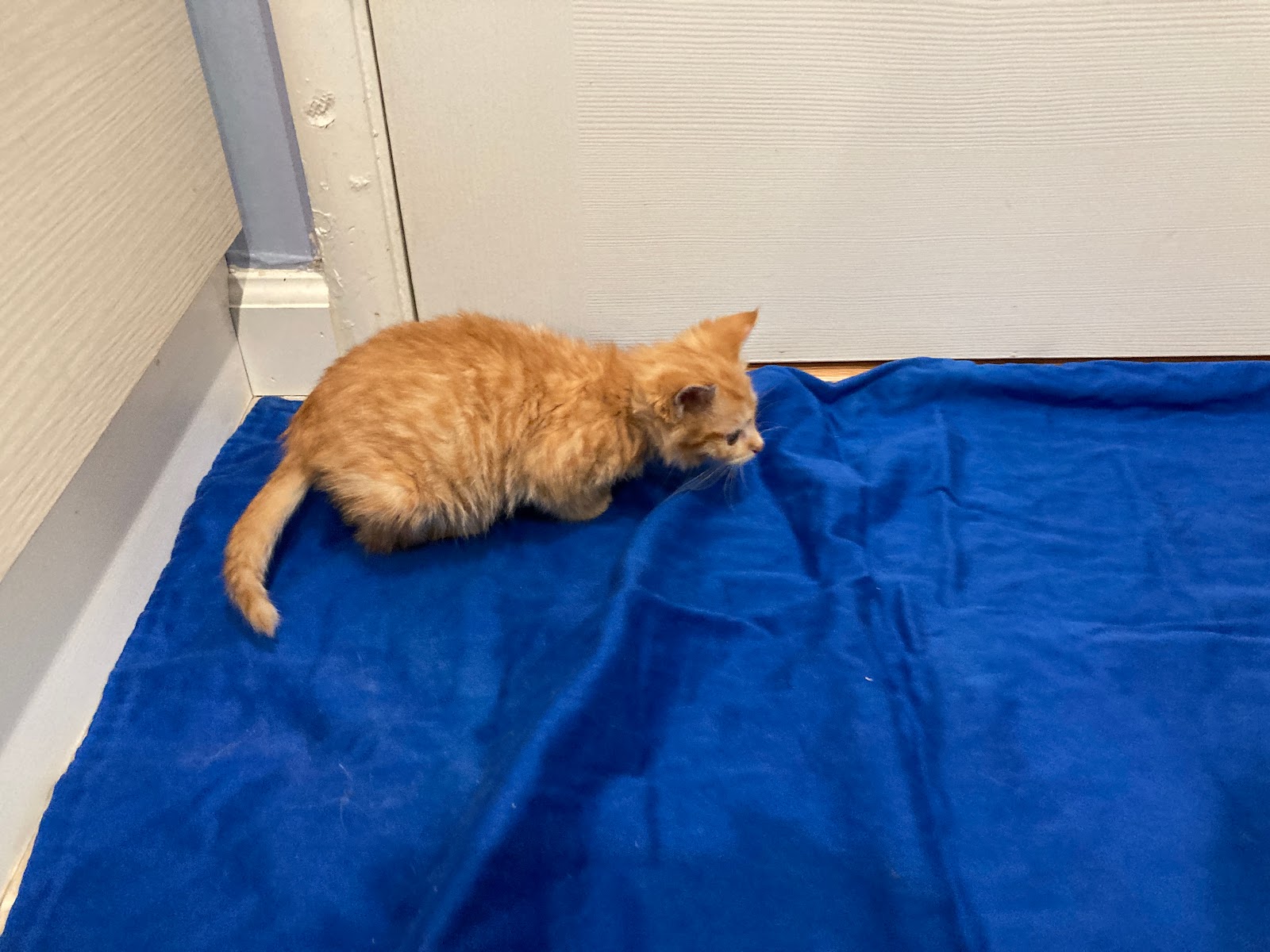 Posted by Theresa B (of Nebulopathy) at 1:35 PM

Be happy, kittens! Great job taking care of them, Theresa!