End of an Era

The last of my vet school bottle babies is gone now. Guido had a good 20 year run, so I can't complain, but I'll miss him. (The dog will probably not miss him as much — Guido would wake up, seek out the 65# dog, and then yell at him until the dog fled the room.)
Some things Guido will be remembered for:
Anyhow, he was a great cat and a great pain in the ass and I'll miss him. 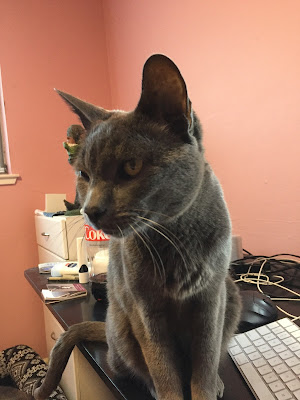 Posted by Theresa B (of Nebulopathy) at 9:10 PM

I'm so sorry to hear about Guido. Sounds like he was a good guy, and you are right, twenty years is a good long run for a cat.

I'm sorry to hear about Guido. Posts that included him were among my favorite.