Pros and Cons of Independent Publishing

Here was the traditional publishing path for many years:

I realize that for a lot of people, the decision whether to go the traditional publishing route is determined by trying and failing to get an agent interested. I'm not going to lie -- that played a part for me as well. Querying agents is a skill that has little to do with writing a book, and I finally decided I just didn't want to bother learning that skill.

But that's not the only reason to choose to independently publish. Look, I made a list!

Not a vanity press

Before we get to the pros and cons of independent publishing, let me just point out that I'm talking about independent publishing, not hiring a vanity press. The line between the two can get a little blurry, but if you're handing your manuscript to someone and they magically publish it and charge you thousands of dollars, you're being conned out of a lot of money unless you just want to have a bound copy of your manuscript to put in your bookshelf. (If that's your goal, I'm not judging you, but you're still wasting a lot of money!)
As I'm defining it, with independent publishing you are driving the bus. You may pay someone to do parts that you either aren't as good at, or don't have the time to do, but you're making the decisions and setting everything up. The goal is to pay other people for specific services, as needed, in order to publish the version of your book that has the best chance of being read by the right audience.

Daily picture of the big dog with his legs all funny: 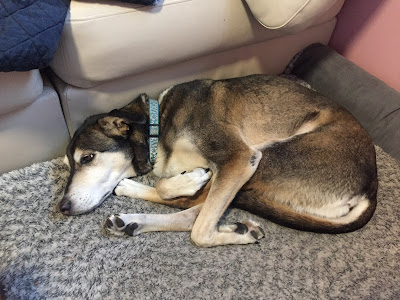 This is still amusing to me.
Posted by Theresa B (of Nebulopathy) at 6:55 PM

I think you should let me be the editor for the Spiritual/Self-help arm of Speculative Turtle Press... we can call it Contemplative Turtle!!

Imprints of the micro press!

His legs are all funny ... love goofy poses like that.

You did a fabulous job with Shift Happens!