So I ended up yesterday with a cover that was... okay, but kind of boring. Plus, I wasn't sure it really conveyed the story is a fantasy.

What I wanted was magic. Do I know how to make something magical? Absolutely not. But I figured swirls and sparkles might work. So I added some lines, pinch & swirl, and then a little Gaussian blur to make it all blend in. Then I went back and added some white points. (I'd planned to have those sparkle, but I couldn't get the sparkle effect to work the way I wanted it to.)

Anyhow, I ended up with this: 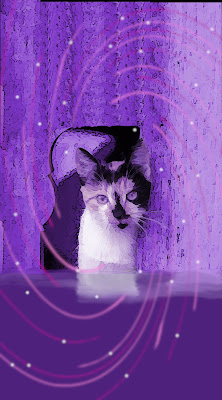 It adds a little energy, but it does look a little hokey. Still... I think it might be worth making another pass at it to see if I can make it work.

Anyhow, I went ahead and used it for the cover background, which gives this: 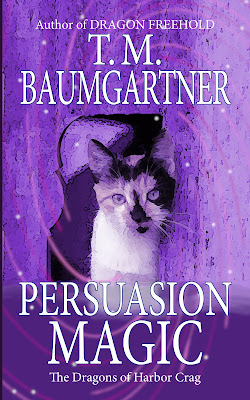 I don't know... It doesn't look quite as hokey, though maybe I should have the swirls stand out more. I don't know. My art sense is pretty severely impaired, so doing my own art is probably a mistake from the start.

Then I added embossing, because that's my new favorite thing. 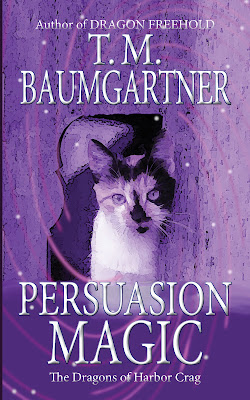 I mean... I've seen worse covers. And it definitely brings in the magic aspect. Maybe my standards are low, but I'd consider using this. (Uh... that means I probably will use this.) This cover is growing on me.

Anyhow, that's the end of Thingadailies! We will now return to our irregularly scheduled random content.

Posted by Theresa B (of Nebulopathy) at 2:18 PM