More work on the reader magnet cover, which should fit in with these covers. 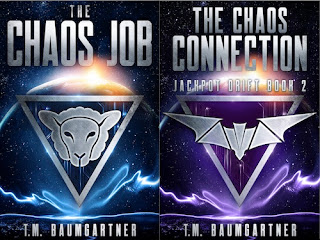 Yesterday, I got to this point. 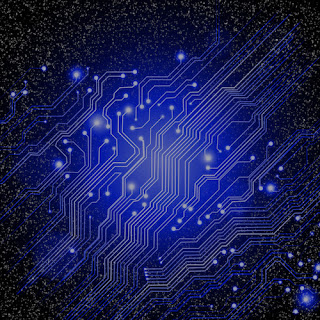 Today I wanted to start on the typography. First stop: figure out what font to use. There's a website (https://www.myfonts.com/WhatTheFont/) where you can upload an image and it will give you a list of fonts that are close. I did that, and it did indeed give me a list of fonts, but none of them were part of the Adobe suite. I could have purchased a new font, but I was pretty sure Adobe already had one licensed that I could use. It took me some time, but I eventually found "Industry".

So I plugged that into my standard template, messed around with embossing, and got this: 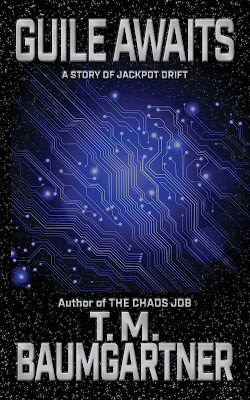 First, this is easily 100% better than the cover I have been using for my reader magnet up to now. Having said that, I need to change some obvious things.

The series covers have a brushed metal look to the lettering — I currently have mine as just silver, with a satin effect to make them not quite so flat. I think I'll try using the letter outlines and having a brushed metal image peek through, just to see if I can do it, but that's a plan for another day.
This cover could also use some big shiny thing in the middle. It's a little boring. My attempt to draw a triangle was a complete flop. though, so I may need to see what's out there..
Posted by Theresa B (of Nebulopathy) at 1:07 PM