By trial and error, I've made the wiped out the bottom black part and added some smoke/fog. (I thought the smoke/fog would help make it more like the other cover. Do I know what I'm doing? Absolutely not!)

This is where it's at 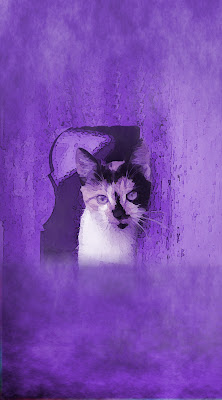 I may want make the edges darker, but I think this will be a start. (It's easy to swap out the image in InDesign, so I can always make changes later.)

The next hurdle was the text. Not where to place it, but what to put there — I haven't named this story yet. I also haven't written the story yet. So... I came up with a title (Persuasion Magic) that could very well change later. I think that can be said for every single part of this cover. Total commitment, that's me! 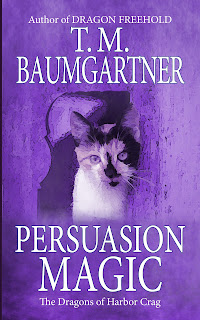 It does look more like a cover with the writing on it. I'm not convinced it says "fantasy", though. If I new how to add magical swirls, that might help.

Googling "magical swirls" ought to be a lot of fun...

Posted by Theresa B (of Nebulopathy) at 3:53 PM