Okay, so I've chosen the art for the cover. That's it, right?

(I just realized I should put a disclaimer here: I'm not a professional cover designer. That should be really obvious to anyone who knows what they're doing. I've picked up a few tricks along the way, but if you learn anything at all from this, it should be things that you want to think about in a cover, not things I've done.)

Okay, that's done with. Let's get back to this cover.

First off, it doesn't quite have the right dimensions. Here's what it looks like if I change the frame to be the right proportions: 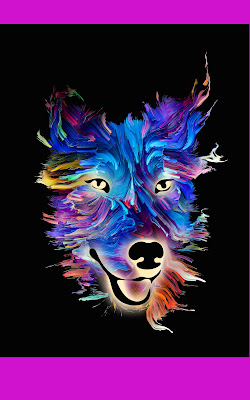 Note there's space at the top and bottom. That's actually a good thing — I need space for my name at the top and the book title at the bottom. In fact, there may not be quite enough space yet. So it's possible I'll have to either shrink the picture or mask it in some way so the text shows up, but I'll worry about that in a bit.

One thing I should point out: the image has a nice slant from upper left to lower right, which will help draw the viewer's eye correctly (for English readers who read left-to-right, top-to-bottom — it's a whole thing and I'm sure there are articles about it. All I know is that I want an image that draws the eye about like this.). If the image hadn't already been positioned like this, I would have flipped it around to get it this way.

Obviously I wouldn't want it to have those purple/pink bands. I just used those to make it obvious where the image started. Here's the same thing with a black background. 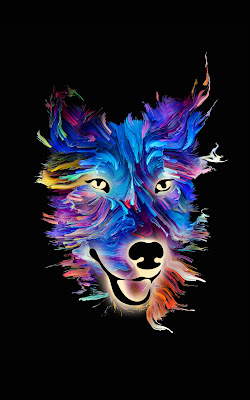 I'm not going to lie. I would consider using this like this. But it doesn't quite say science fantasy (or whatever genre I'm calling this novel...) yet. And I think I'll probably want a bit more going on in the background.
Tomorrow I'll try some background stuff...
Posted by Theresa B (of Nebulopathy) at 5:09 PM