Today I went with a series of tweaks. Some of them worked, some didn't.
I started by fixing some of the text spacing but otherwise leaving the font unchanged. 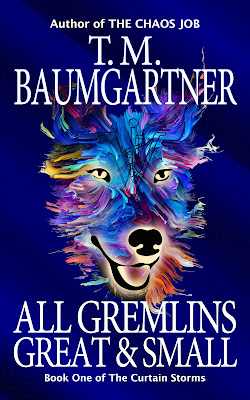 Another minor edit: I changed the ampersand size. I think it helps separate the words visually, so I'll keep that. 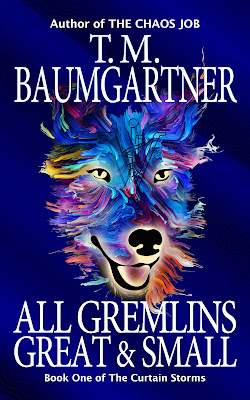 Then I tried a version with the dog a little smaller. 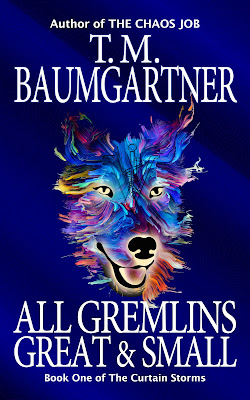 It's okay, but I think I like the larger version better. So I backed that change out.
Final tweak of the day: changing the font on the subheadings (or whatever they're called — the "Author of..." and "Book One..." lines). 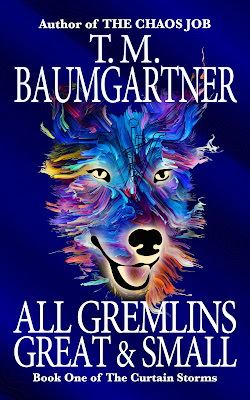 I think I like this subheading font (Baskerville) better, so I'll keep it like that for now.
Like I said, most of what I was doing today was tiny tweaks. But part of the reason I committed to this for Thingadailies was to force myself to get more comfortable with both GIMP and InDesign.
It might be helpful someday to pay a real cover designer to look over my designs and suggest changes, but for now I think I'm pretty happy with how this is going.
Spine and back cover next? I think that might be a good thing to start tomorrow.
Posted by Theresa B (of Nebulopathy) at 2:41 PM