Today I found the bevel & emboss options in InDesign. I know InDesign is the industry standard and can do anything and everything, but their user interface is terrible. And this is coming from someone who used to develop some of the worst user interfaces imaginable.

Even knowing what I wanted to do was possible, and finding a tutorial, I still almost couldn't figure it out. Everything is hidden behind menus that don't look like menus — basically it looks like they optimized their user interface for mobile usage, which a lot of apps have done, but what kind of idiot does InDesign work on a 3" screen? Lay out the options so I can see them on my gigantic monitor so I don't have to memorize the 47 steps to get to each specific radio button.

Anyhow, the name & title are embossed. The subheadings are "inner bevel", which makes them somewhat illegible with the settings I chose, but I left it that way for this image so the effect is more obvious.

I kind of like the embossing... (The gold isn't really working in the title, but I'm just playing around.) 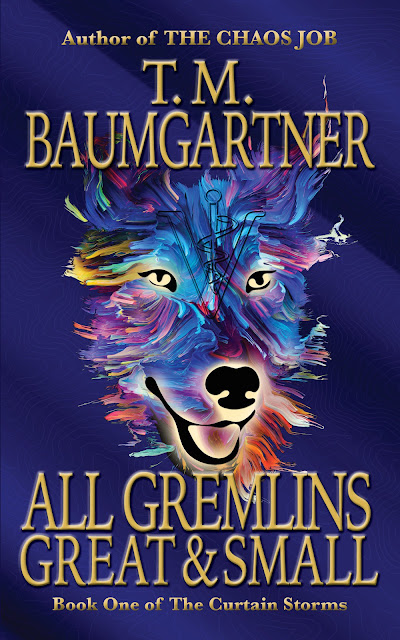 Excellent choice for making the letters pop. I like the gold. It pulls from the colors in the image.

Thanks! I feel like the M in GREMLINS is fading into the background. Maybe there's something I can do to make it work.