You know how there are those times when everything seems to happen on one day? This was that day. Granted, it all happened today because I procrastinated yesterday, but still. Busy.

Today I got out of bed way too early and conquered my first 10k race. (And by conquered, I really mean finished, since I came out 22nd in the 32 people in my age group.)

Then I finally made it to the hardware store to buy mortar mix for Thinga-whenever-I-feel-like-it stepping stones. (I also went to the pet store for 120 pounds of cat litter and as I was driving home I thought "hm, so this is what it would be like to drive a car with a body in the trunk" which is totally not weird or anything and I should probably work on getting published soon so people will believe me when I say I'm a writer and that's why I have these thoughts.)

Then I worked on getting the next chapter out to the writing group (a day late, oops, because I didn't set my reminder correctly). (See reason for working on getting published above.) This involved dealing with a note I had written to myself three weeks ago that said "but really, what does this have to do with the plot?" As everyone else but me would find obvious, the answer to that sort of note is "get rid of that section". It took me three weeks to accept that. It was painful.

And I didn't even take a nap!

So that's a preview. Now for the gritty details: 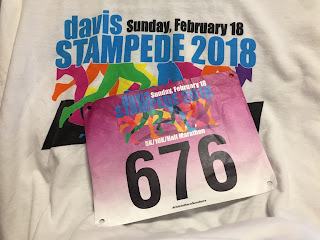 I showed up. I picked up my bib and a new t-shirt to replace the one that I was wearing which is good because that one has a bunch of holes from the safety pins for the bib. A group of us ran together and it was pretty awesome except for the inclusion of Mount Everest in the middle of the course. (Technically it was a pedestrian overpass to get across the six lane freeway, but it was unnecessarily long and high and a soul-crushing obstacle after five miles.) We finished. Yay!

I finished ahead of two of the three people in the 74-79 age group for the 10k. My split times were faster than both of the 74-79 women who finished the half marathon. Sure, they ran an extra seven miles after I stopped, but for the first six miles I had them beat as long as they didn't slow down later and pull down their split times. (They say that comparison is the thief of joy, but that's only true if you don't know how to make the right comparisons.)

Now for the recap of last week's efforts.

These two turned out pretty well. As expected, the "exotic glass" I tried to embed in the side of the lower one didn't really stay in. Once again, this year is all about failing -- go team! 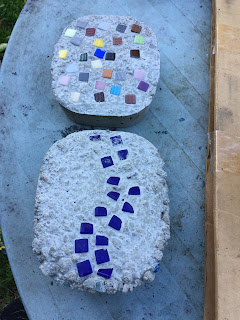 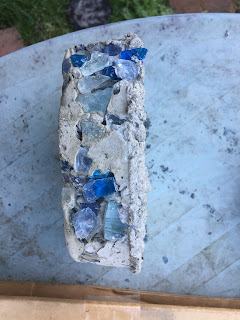 This one wasn't quite as interesting as the artichoke leaf, but still a win: 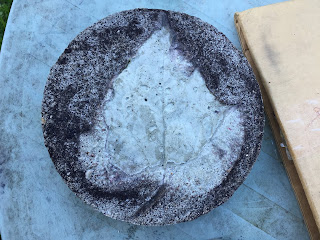 Sadly, the technicolor vomit crumbles of death did not really improve when placed in the sunlight. Also as expected, the minute I put any pressure on it, it broke into pieces. 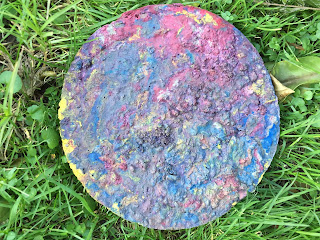 The back was kind of pretty though. Maybe I should do another one with it mixed correctly. 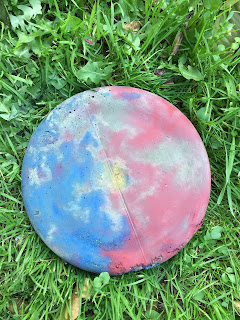 And then these two turned out pretty well. I guess. And finally, today's mixture -- I used the mortar mix and some aquatic stones (ie, stones for your fish tank) that they had at the hardware store. The mortar definitely gives a smoother surface, so I think I'll try some more imprints with it.

I'm not sure what "Pure" is supposed to be modifying. Can you only use these pebbles with pure water? Are they pure "water pebbles"? They aren't made from water and I'm not sure what a water pebble would be adulterated by. Water sand? Water moccasins? It's been a day of questions not easily answered. 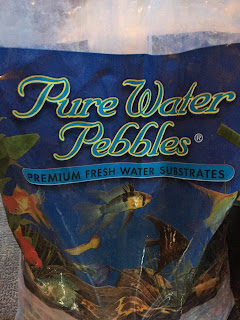 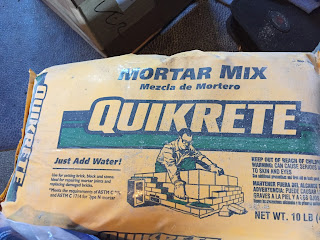 And here we are with the thing for today. The water pebbles are happy colors. 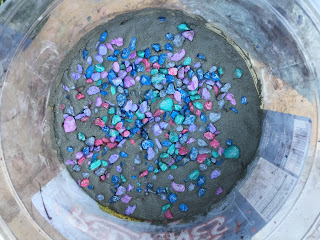 Posted by Theresa B (of Nebulopathy) at 5:52 PM

Please don’t give up on the technicolor stone. “Technicolor Vomit” will be the hottest trend in landscaping come spring.

Yes, along with its companions in the line "anthrax effluvia" and "brilliant bubo black".