If it's February, it must be Thingadailies time!

Last year I wrote a chapter per day in a cozy novella which was fun and left me with a novella at the end of the month. This year I've decided to make a pathway across my yard to the (detached) garage. Do I have any skill in or knowledge of pavement stones? Of course not! Where would the fun be in that?

So I spent at least five minutes googling how to do this, which makes me sort of an expert now. I got a form for Christmas (which I'm sure you'll be seeing in a few blog days), but I wanted to do a couple of tests first.

On my way to the garage I passed my birthday present -- with flash: 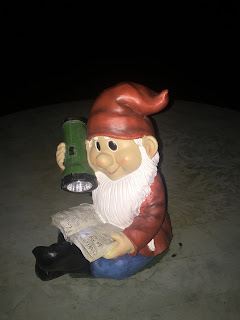 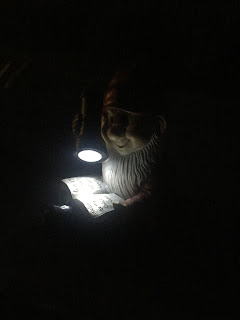 I have a solar-powered gnome! How cool is that?

But back to the project. Here are some things you will need: 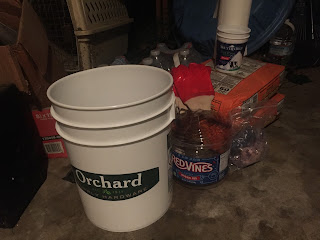 Before I started I smeared some vegetable oil around the bottom part of the Red Vines container. One of the things I read said that would make the finished product come out more easily. We'll see in a few days.

The concrete mix really does act more liquidy when it is compressed, so maybe I added too much water. I don't know. It seemed about right until I pressed it down. I think I was close to the right amount, which again was "some".

Then I added some "Exotic Glass" which is code for "recycled glass that is expensive because they ground off the sharp edges". 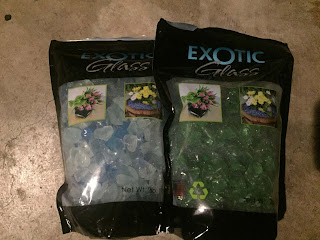 I was going for a spiral pattern, but then I messed it up. Turns out I'm still not a perfectionist. So I just added a bunch more and called it good. 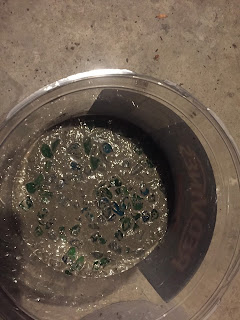 It's maybe a little... underwhelming. But it will probably look better once it dries (haha, just checking to see if the structural engineers are paying attention!) sets. Or maybe not.

In any case, I've finished day one of Thingadailies. How about you?