Yes, it's December again, which means, first off: 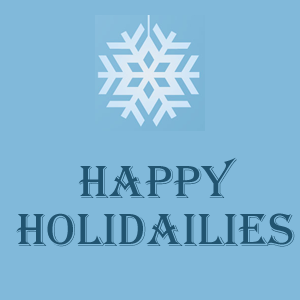 Holidailies! Go check out some other blogs. Most people are much funnier than I am, and the ones that aren't will make you appreciate my writing more.

But also, December is my traditional "time to buy exercise equipment" month. I think it's a combination of the constant darkness, the uninviting outside conditions, and the amount of crap I eat in December. Lately I've been trying to run more, and that's hard to do when the track is a muddy mess and you constantly trip on sidewalks.

I do have an exercise bike and an elliptical, and I've even used them both within the last week, but I do think that running is a more efficient form of exercise. I find it really hard not to expend energy when I'm running.

Anyhow, I looked into joining a gym so I'd have access to a treadmill, but Woodland is a very 8am-6pm type town. There is exactly one 24-hour gym, it's 5 miles away, and it would cost me $100 just to get in the door.

So I started looking online, and there is a huge range in price on treadmills. I don't need a professional version that will hold up for five years in a commercial setting, but I also don't want one that has reviews like "great for walking, but I'd never want to try running on this thing".

I posted a note in my FB running group asking if people had recommendations, and everyone started saying they loved their $3000 treadmills. Apparently I should have added "for cheap bastards" in my request.

After looking at a bunch of reviews, I might have found one, but then I read a review that said it was definitely going to take two people to set it up and... ugh. If I wanted to let people into my house, I'd invite my friends over.

Maybe I should just build a climbing wall in the living room instead...