Okay, really the title in the book is "round star" or something equally boring, but if there was ever an origami star that calls out for disco music (*), this is it. 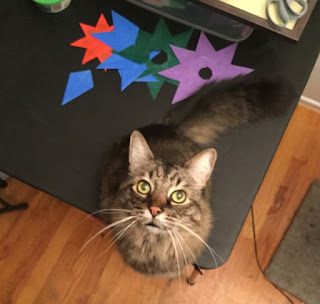 Mostly his help consisted of sitting on the box and then rubbing his head against my hands as I was trying to fold paper.

The final product as seen on the table: 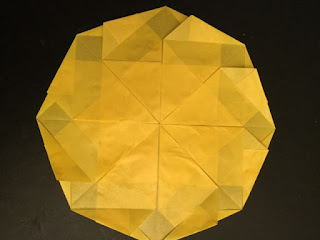 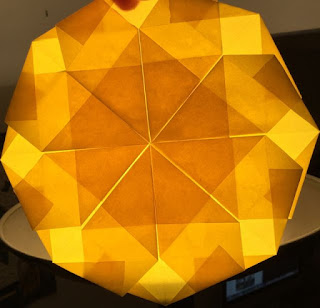 And there we have it -- day six of Thingadailies!

-----
* Note I didn't actually say that any origami star calls out for disco music.
Posted by Theresa B (of Nebulopathy) at 11:20 PM

I love how the pattern emerges when it's lit up.