Today's project can either be seen as an attempt to do something useful, or as yet another way to avoid the sixteen point star. Either way, I spent some time outside during daylight for the first time in... a while. 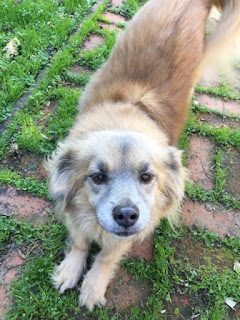 I'd like to point out that this is the only one of about ten photos where she doesn't look like either a) I'm about to hit her, or b) she's having a seizure. People who take photos of animals recommend getting down on their level, but every time I did that she ran over to me and licked the iPod. And if I stood up and loomed over her, she flipped on her back. I even tried waiting until she was doing something else and taking stealth photos, but she didn't fall for that either. Oh well. Maybe I'll get someone to film one of our agility practices.

Anyhow here is the "pre-" photo of today's project: 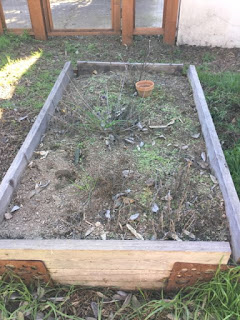 The garden has been a bit neglected over the past year. This particular bed is the one closest to the fence, so it's the first one people see as they walk down the alley. It's also the one that had everything I planted die over the last year. So I spruced it up a bit. Everything I planted is supposed to be drought tolerant and able to handle full sun (which this bed gets during summer). 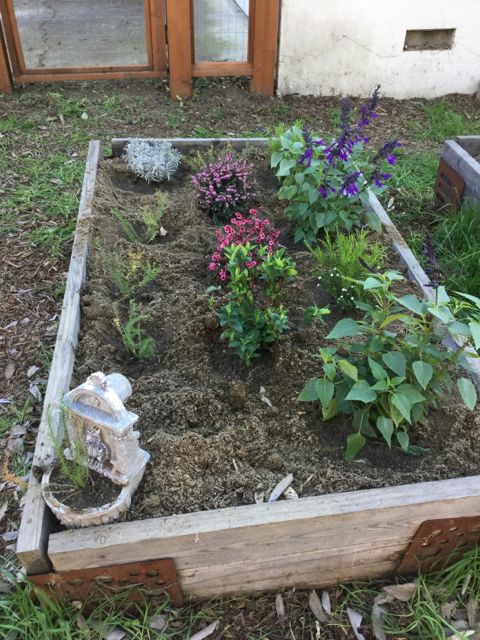 I also extended the brick path to the garden fence, but that's not that exciting to look at. There's still a bit of weeding to do, but I'm sure that can wait...

Posted by Theresa B (of Nebulopathy) at 3:42 PM