I walked in on the cats behaving more suspiciously than usual (*) and I caught a whiff of smoke from the fireplace. After they had all scattered, I found this incompletely burned paper among the embers. 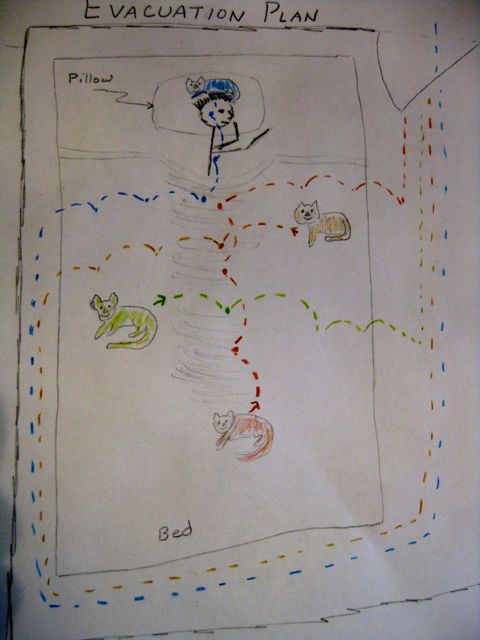 A close-up of part of it: 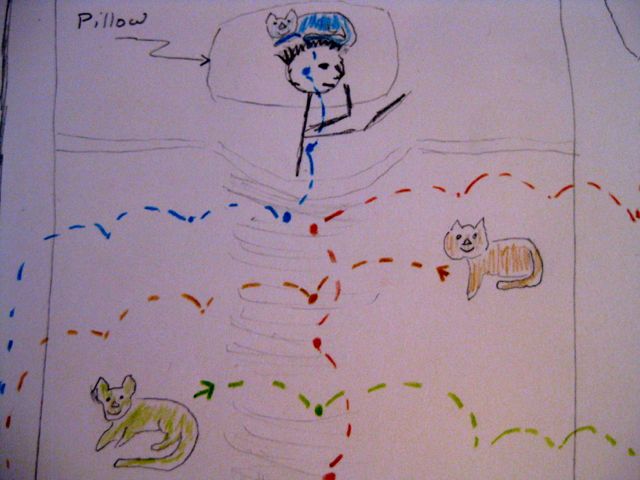 I'd always suspected such a document, showing the need to jump on me before getting off the bed no matter where the cat was in relation to the door, existed and now I have proof. (I also have proof that my cats can't draw worth a damn, but let's not get side-tracked.)

There was also a note attached that read "In case of no further movement, after two minutes return to battle positions."

This explains so much...

Haha, this sounds so familiar. I can relate to having a cat sleeping on your head as in the drawing! www.valeroni.com

It's always the cat with the longest whiskers sleeping right next to my face, too. It's either free acupuncture or just torture...