We had a fire up north a bit that made the air quality go from "Good" to "Moderate" to "Unhealthy for sensitive people" to "Unhealthy" to "Hazardous" over the space of about two days and then it sat there for a couple of weeks. Obviously it could be worse -- I didn't die and my house didn't burn down, so I figure I got off easy. But it does mean that the dogs didn't get walked or go to agility for a couple of weeks.

So this morning I took them for a nice long walk at a local park, and as I usually do when I remember, I took some pictures.

This one made me laugh: 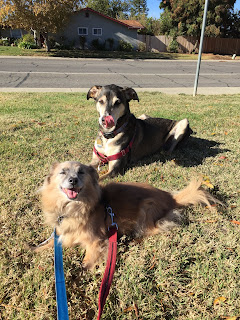 Let's break it down a bit.

Ginger is looking happy (or maybe like she's staring straight into the sun, but at least she doesn't look like I'm about to beat her like she normally does when I start snapping pictures): 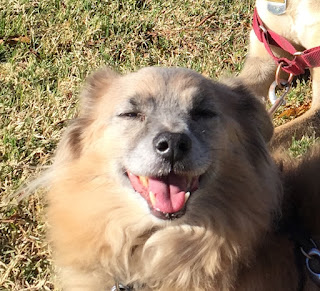 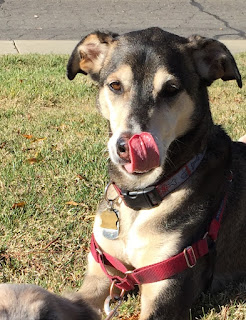 Same thing in the next picture: 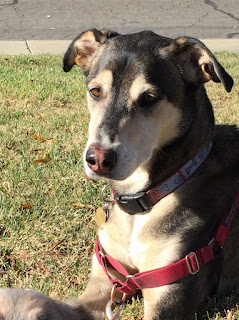 Then he stared at me: 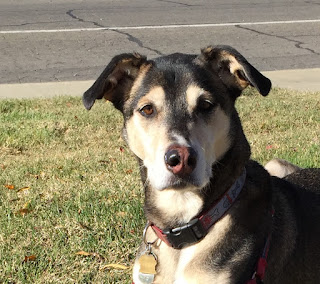 In any case, he's a handsome boy.

He's also still moping at home because I have denied him access to the kitchen. The two times when I've gone out briefly without leaving him a Kong stuffed with treats, I've come back home to find one of my new running shoes out in the hallway. Look at that last picture. Yes. I see the shoe thing as a threat too. Silly dog.