The Possessions of Jeff

No, this isn't going to be another post on religion -- Jeff's sometimes a little weird, but I've never actually seen his head spin around.

No, this is the post in which I make fun of my brother because he claims he can't figure out the whole "apostrophe s" thing. It's not hard. In fact, there are examples all around us if you know where to look.

Here are a few from my morning walk:

(This picture has nothing to do with grammar; I'm just setting the scene here.) 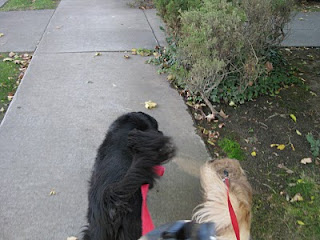 Here we have the swim school of Morley. I don't know who Morley is. But there's only one of him (or her), because it is Morley plus 's. 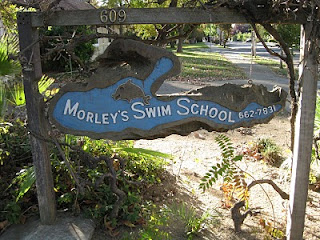 There is only one Jim, and here is his store: 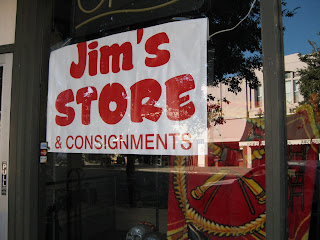 This is the tricky one. There are multiple physicians, and they all own a building (or at least they did when this sign was put up originally). Since physicians's would be hard to say, it's just physicians'. Of course, they would never name a building like that now, but back then people could apparently learn the grammar rules without falling apart. 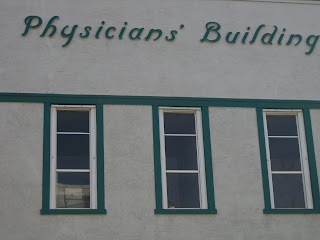 And now, the test:

There are multiple overalls, but they don't own anything, so they don't get an apostrophe. But Levi Strauss & Co are lording their overalls over y'all, so they get the apostrophe. 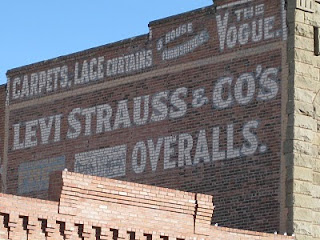 Is it all clear now? If not, Liam may have to explain it to you in a few years.

The skull from Jim's Store thanks you for your time: 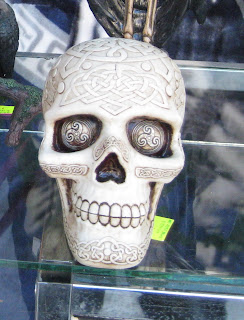 Sure, sure, but let's say you have a family named Hawkins, and they collectively own a store ...

How did you guess Jim's last name?

From the drunk peg-legged guy with the parrot behind the desk. You know, at Hawkins's's store. 's.

But it's actually spelled Hawkinsfeatherstonehaugh, so it's really not that hard to make the possessive.

I'm sure at one point I knew the rules. Just another one of those details that will go away when we adopt Esperanto, right after the metric system.

Your pictures are getting better.

Can you do 'to be' verb conjugation next?

First we will conjugate the verb "to go" because if you say "he had went" again, I might help you fall apart faster. Can you remember that?

The pictures getting better is purely by chance. I did find that if I'm taking pictures with my left hand (because my right hand is busy holding the leashes) I'm more likely to turn the camera off than take a picture. I don't know how those lefties do it.